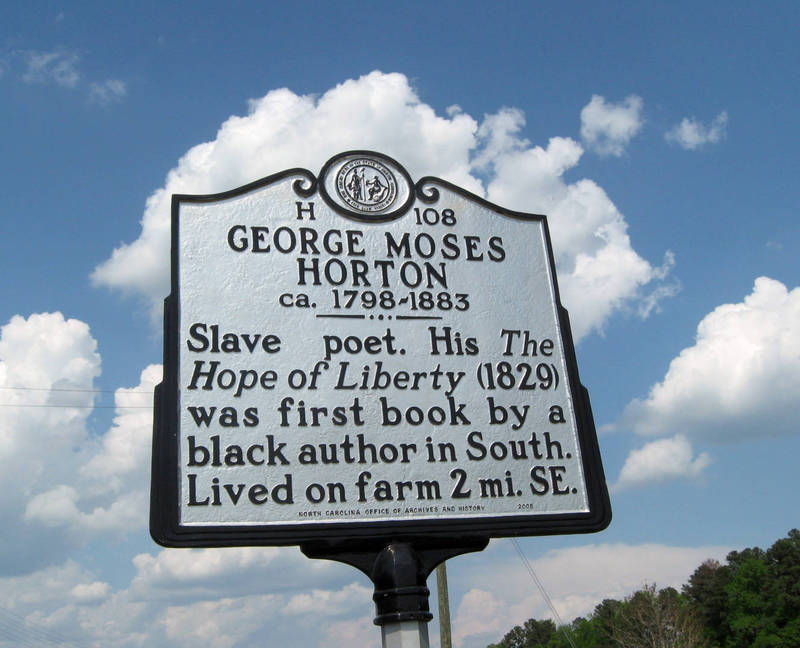 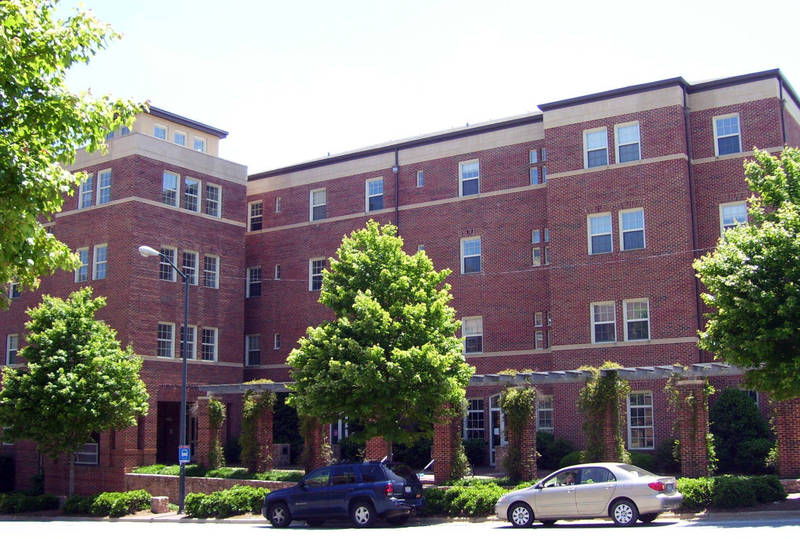 The university completed this residence hall in 2002 and named it for slave poet George Moses Horton in 2007.   Horton was a slave in nearby Chatham County who taught himself to read and write. When his master permitted him to rent his own time, Horton earned money by writing poetry for university students who wanted to impress their lady friends. Horton hoped to earn enough to buy his own freedom but did not succeed. A book of his poems, The Hope of Liberty, appeared in 1829 and was the first book ever published by an African American in the South. Horton published two more collections of his poetry before 1865. In his works, he protests his status and expresses a longing for freedom. After the Civil War, he moved to Philadelphia and may have traveled to Liberia. He died in 1883. Horton Hall is the first building at Carolina named in honor of a slave.