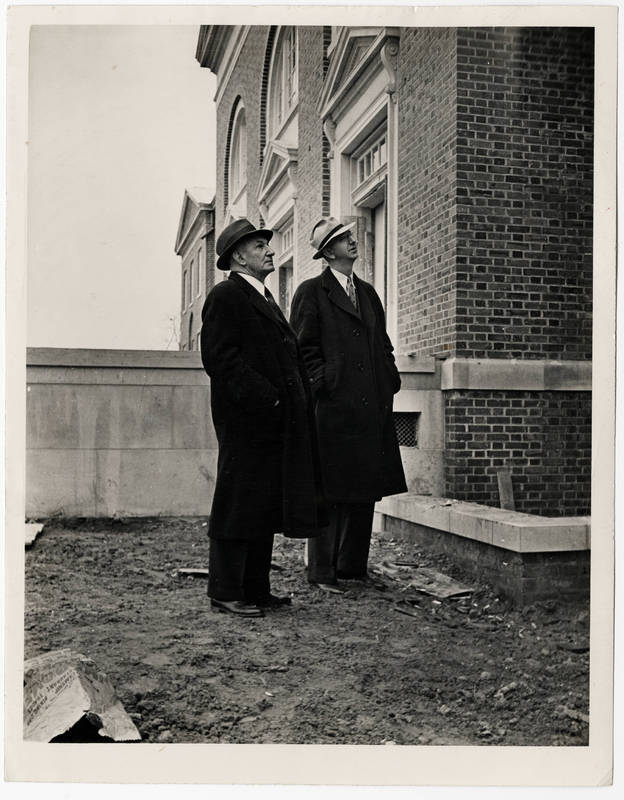 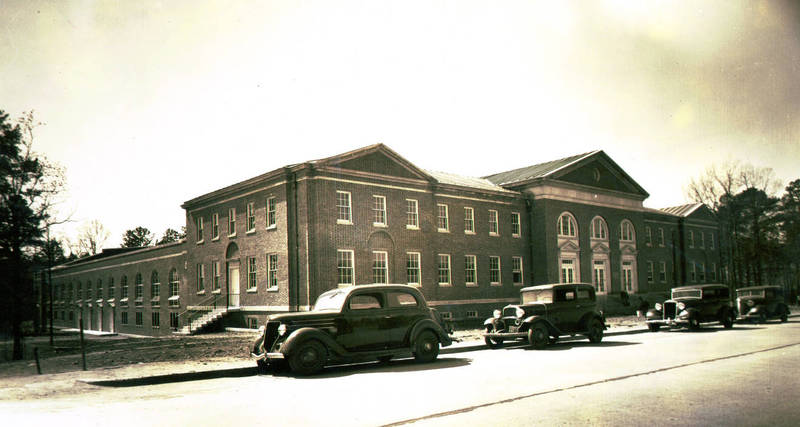 In 1937, the university named this gymnasium for Charles T. Woollen, who began working for the university in 1894 as the president’s part-time secretary and later served as registrar, purchasing agent, and proctor. Eventually he assumed the positions of business manager and comptroller. In those assignments, he helped plan and develop the university budget and worked with the president and trustees to present the budget each year to the state legislature. In 1903, he became the first director of the university band, a position he held until 1919. The band gave its first performance in 1904 at a university baseball game. In 1906, Woollen began holding band concerts on the steps of the Alumni Building. By 1908 the band was traveling by train to away football games on a regular basis.