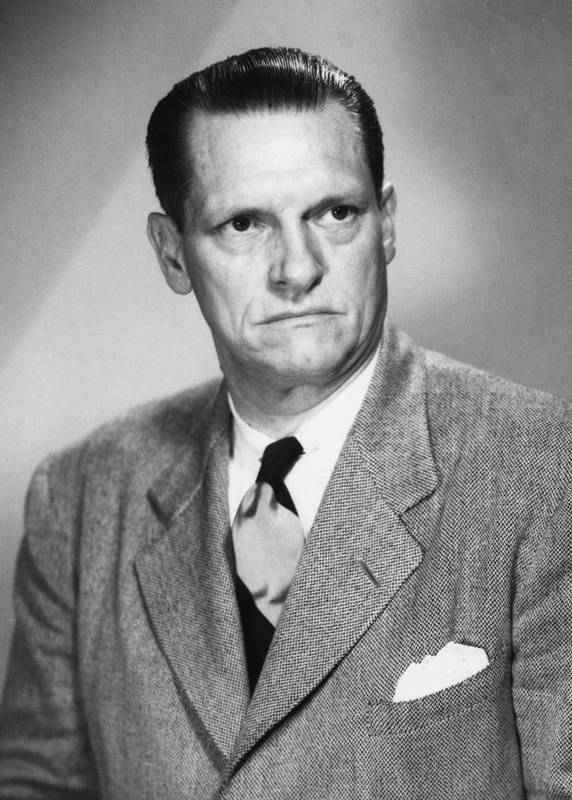 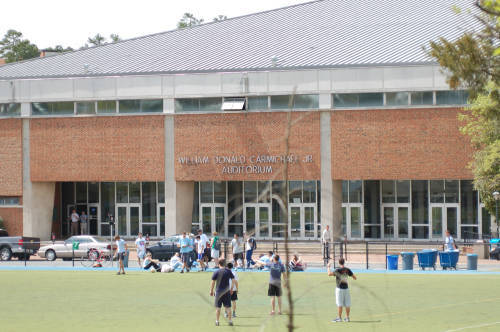 The university honored William D. Carmichael, Jr., by naming a gymnasium for him in 1965. Carmichael played on the basketball team and graduated from the university in 1921. After a successful career in advertising and on Wall Street, he returned to North Carolina and joined the consolidated university administration, where he served as controller from 1939 until 1952. He then served as its vice president and finance officer and became acting president on two occasions: the first was during Frank Porter Graham’s diplomatic mission to Indonesia in 1947-1948, and the second came when Graham resigned in 1949 after winning a U.S. Senate seat. Carmichael used his extensive network of contacts to raise funds from individuals, corporations, and foundations. During the 1940s, he played a leading role in raising money for the expanded medical school, the new teaching hospital, and the public broadcasting system.